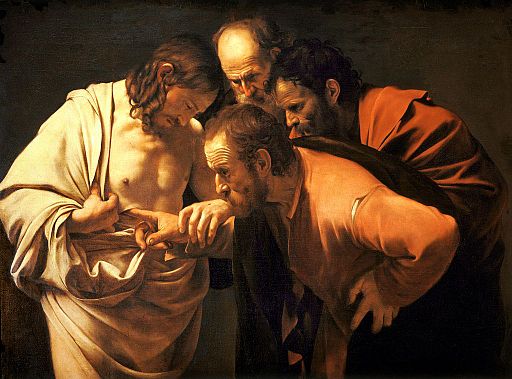 The Incredulity of Saint Thomas by Caravaggio (Public Domain Image)

Poor old Thomas. Talk about ‘give a dog a bad name;’ I think he deserves a far better press than he gets, this cantankerous old so and so who threatens to spoil the other disciples’ fun by insisting on positive proof of the appearance of the resurrected Christ before he’ll ‘believe.’ What’s wrong about having a few – or even a load – of honest doubts, if by exploring them you’re set on the path to a more authentic faith, contradictions and all?

Here’s an acrostic poem I wrote last week as my response to hearing a great retelling of that age-old account of Thomas, brave disciple, who defied the pressures of the group dynamic and in doing so, gained more than he’d ever have hoped.