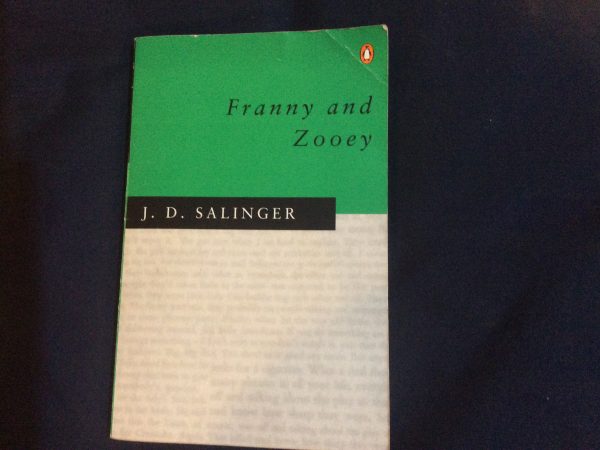 ‘ Are you listening to me? There isn’t anybody out there who isn’t Seymour’s Fat Lady….And don’t you know…don’t you know who that Fat Lady really is? …It’s Christ himself. Christ Himself, buddy.’ JD Salinger, Franny and Zooey, Penguin 1994 edition

So there we have it: the climax of JD Salinger’s famous portrait of mid 20th Century American adolescent angst. Franny Glass, student and wannabe actress, has run back home to Mum and Dad to indulge in a bout of existential crisis. If my memory serves me correctly, she spends most of the novel drooping about on a sofa like a victorian maiden with a fit of the vapours, whilst reciting the ‘Jesus Prayer.’

Franny is trying to find herself and in the process proceeds to drive her family crazy, including her poor brother Zooey, who has to put up with further aggravation from Mrs Glass; the poor chap can’t even have a bath in peace as in one scene, she drops in (well not literally) to have a cosy chat about the latest developments in Franny’s breakdown.

Zooey tries to counsel his sister out of said breakdown, with much of the book consisting of long, heartfelt dialogues between the two siblings. Franny and Zooey are the youngest in a long line of intellectually precocious siblings, who spent much of their earlier lives as child actors, living in the shadow of their late older brother, Seymour. It’s his memories one of these shows, a radio production called ‘Wild Child,’ that gives Zooey the key to breaking down his sister’s resistance and helping her out of the impasse she’s got herself into.

They’re on the phone. Zooey pretending to be their other brother Buddy, but Franny soon realises who he really is. She’s been grumbling about the unintelligence of people: other students, her tutors, audiences. At this, Zooey recalls the time when, as a child actor in ‘Wild Child,’ he objected to Seymour’s reminder to shine his shoes. Why should he? After all, the stupid audience can’t see him. So Seymour tells him to ‘shine his shoes for the Fat Lady.’ Wouldn’t you know- Franny remembers him telling her the selfsame thing!

Zooey reminds his sister that the ‘Fat Lady,’ is therefore, everyone, all people, whether wise, stupid, good-looking, ugly, However unattractive and unfortunate they happen to be, or appear be, all are deserving of respect and love. And why? Because in everyone is Christ Himself.

At this the penny drops. Zooey closes the call, Franny lies back on her pillows in a long, long silence before finally falling asleep.

‘Everyone is Seymour’s Fat Lady,’