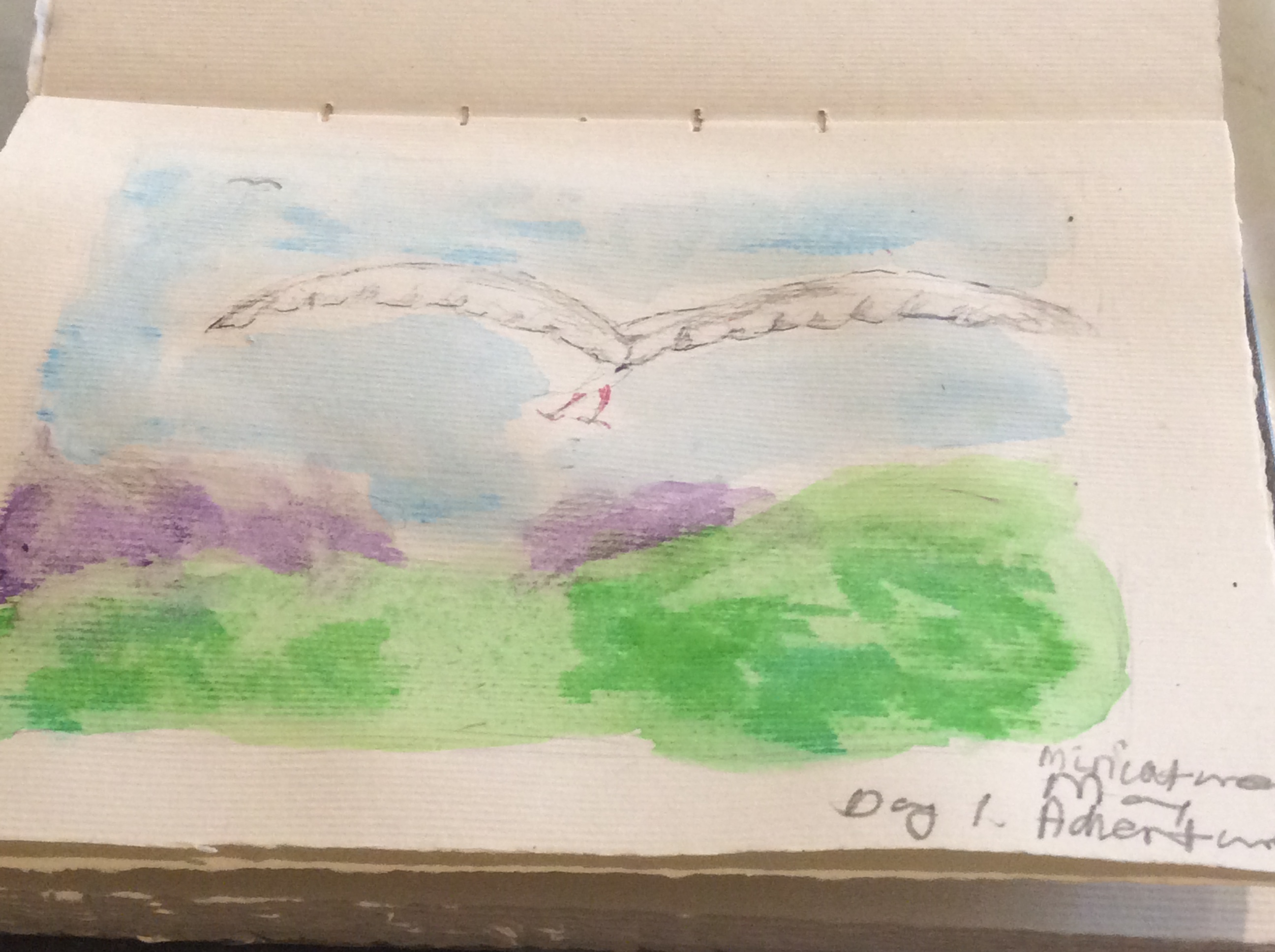 What does freedom mean to you?

May, and we hope (!) Spring is here at last. Over at Kick In The Creatives, I’m following their Miniature May Challenge: to create a miniature (no bigger than 5” x 5”) piece of artwork each day. and Here’s  my first attempt. Optional prompt ‘Adventure.’ So here we are: with  a bird, given my artistic abilities, of a species never before seen by man nor beast and obviously  needing all their time to take off.  Lumbering slowly upwards, more like a jumbo jet than a lark.

We often see Red Kites in our neighbourhood; swooping over the rooftops before letting go and hovering in the thermals.  An awe inspiring sight, and who hasn’t dreamt of one day having that freedom to  up and away like that! Many years ago, when we lived in Alsace, I remember learning that during the occupation of World War II, the Stork was regarded as a symbol of freedom, one of the few creatures able to come and go freely.

That image has always  stayed with  me. It’s not a co-incidence that one of my favourite pieces of music  speaks of that freedom: Vaughan William’s The Lark Ascending,

I’ve decided that when the time comes, The Lark will be the piece played at the end of my funeral.  I guess I’ll have to find a larger church, otherwise at nearly 15 minutes long, the coffin will be halfway to the crematorium before the poor congregation is able to leave!

That, I guess, will be the ultimate freedom,  the meeting face-to-face. Although it’s not something many of us want to dwell on, of course! But maybe the struggles of my poor ‘Jumbo’ lark is a reminder that I don’t have to wait until life’s end to get even a glimpse of that ‘knowing and being known;’ I can experience it now, if I stay attuned and receptive to the power of something greater, what I would call God.

It’s something which I hope for the people who come to see me, too: that I can offer them that secure space in which they can take time to reflect how God is a part of the whole of their lives.That they’re accepted unconditionally, as they are now.  And to respond to that with this growing sense of freedom.

As I remarked to someone in church this morning, I doubt I’ll ever become that rare breed, a ‘mature Christian.’ Work in Progress will do nicely. Meanwhile, I’ll keep watching out for  those Red Kites.