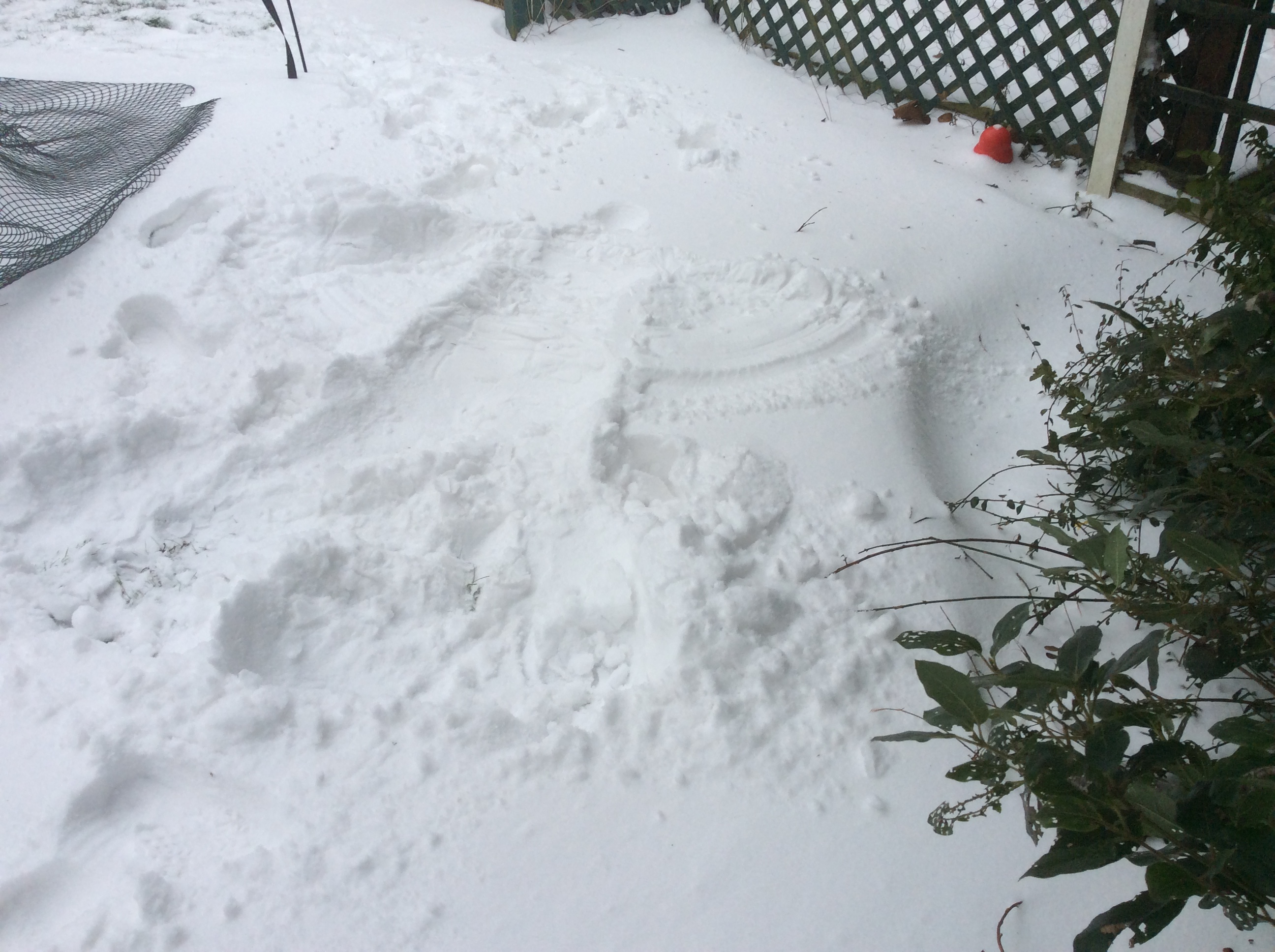 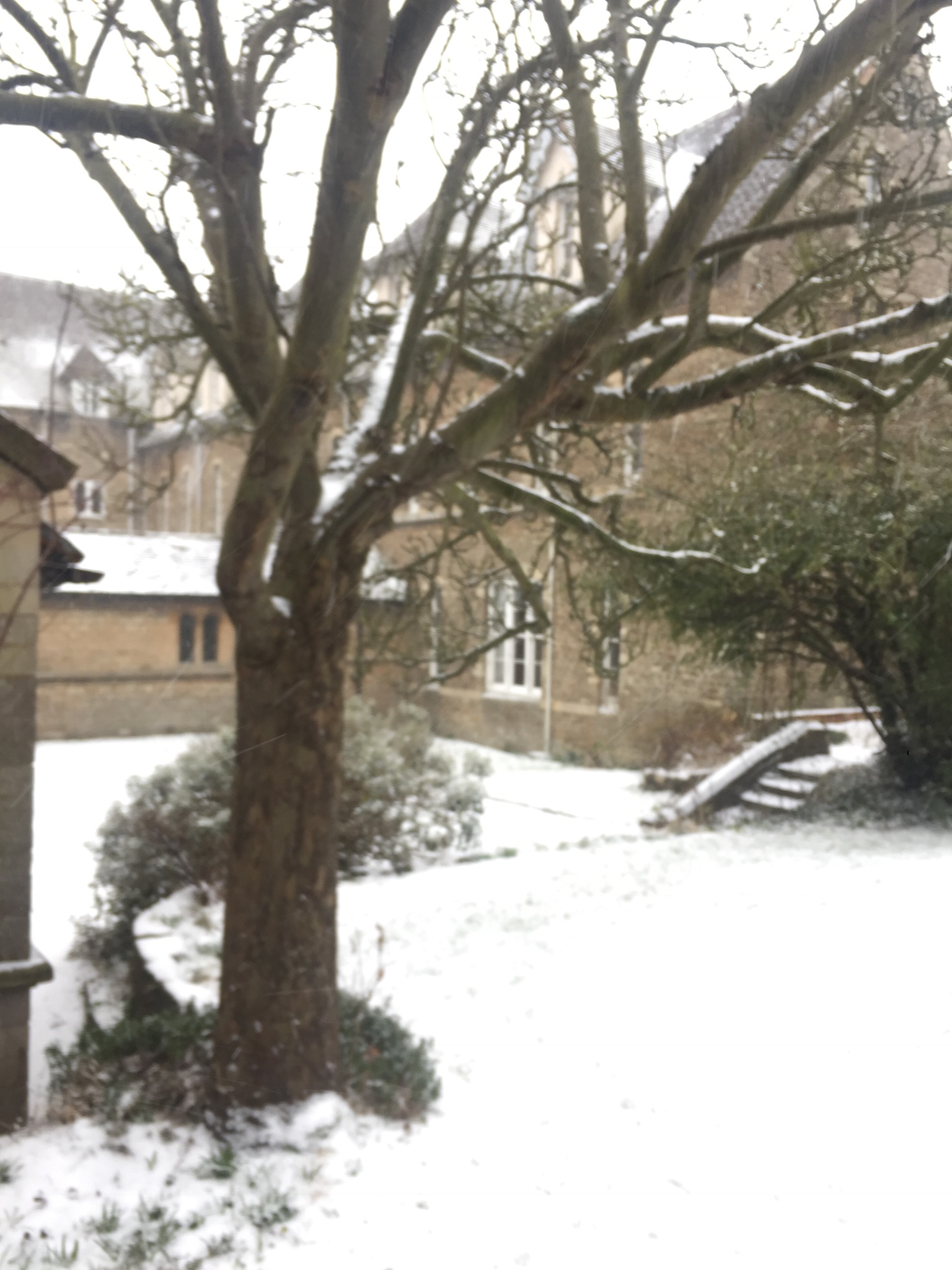 What does silence mean to you? I’ve been trying to tease out some of my own thoughts on this recently, inspired  by Sister Wendy Beckett’s  reflections. Learning to regard silence  as a sacred and life-giving space has been a real gift to me over the years. Intentional silence in solitude, such as you’d experience on retreat, even more so.  I’m very much an introvert in personality; at times the need to get ‘away from it all’ seems as much an essential as breathing. If I don’t have that  need met, I’m liable to become ragged at the emotional and spiritual edges, aka a right pain to be with.

So last week I set out for a  retreat house. I’d carved out enough time for a couple of day’s stay and was looking forward to sinking into that all-embracing space. A space which as I’ve written elsewhere, allows me to reclaim my faith and that part of me which even with the best of intentions, often gets neglected.

And so it was…until the next morning, when, thanks to the dreaded ‘Beast From the East,’ I had to leave a day early.  As you can see from the picture, the snow was falling, the Met forecast worse to come and being  a bus and at least two train journeys away from home, it was sensible to set off before I ended up being snowed in.

My initial reaction,  apart from disappointment, was firstly “Well, just as well I didn’t give in to the urge to make a ‘snow angel ‘ on the convent lawn earlier, else I’d be travelling in cold, damp clothes.”

My second thought: “It’ll be an adventure.”  And as I said to one of the sisters, “I’ll just follow the BBC’s advice and “Walk like a penguin!” After a quick cuppa and a biscuit to fortify me, off I set.

Was it an adventure? Compared to many other travellers’ experiences, maybe not. Unless you count a chilly wait at Oxford Station. (With little penguin waddling required!)  All in all the journey was a lot more straightforward than I’d expected and gave me plenty thinking time. I’m accustomed to using train journeys as space for reflection anyway. It’s one means of trying to incorporate those quiet spaces into day to day life; (somewhat of a work-in-progress for me, I’ll admit). When travelling , it’s made easier in that most of my fellow travellers are absorbed in their own little worlds.

I try to think of it as a prayer pilgrimage; a retreat on the move.  And practical difficulties aside, isn’t there something deeply restful  about looking out on a wintry landscape? A sense of intense quietness in streets blanketed in snow, everyday sounds muffled? The feeling, even, of being gathered and held by an unseen yet benevolent force?

Back home the next day I did get to make that snow angel… a snowman,  even snow ‘ice cream!’  Not a ‘retreat’ in the sense that I’d anticipated, maybe?  More an unexpected space in which I guess you could say my ‘inner child’ has had a chance to come out to play.

A little hint, perhaps, that this might be another  part of me that’s in need of attention!